Complimentary shipping on all orders over 350 USD

Following the collection’s familiar narrative, Lost Flowers is our commemoration dedicated to the rare, endangered and extinct flora of our planet.

Through silk silhouettes and styles, we delicately attempt to tell our flowers’ stories, and the intimacy found in the worlds around us. Discover a print embodying intention, available in-store and online now. 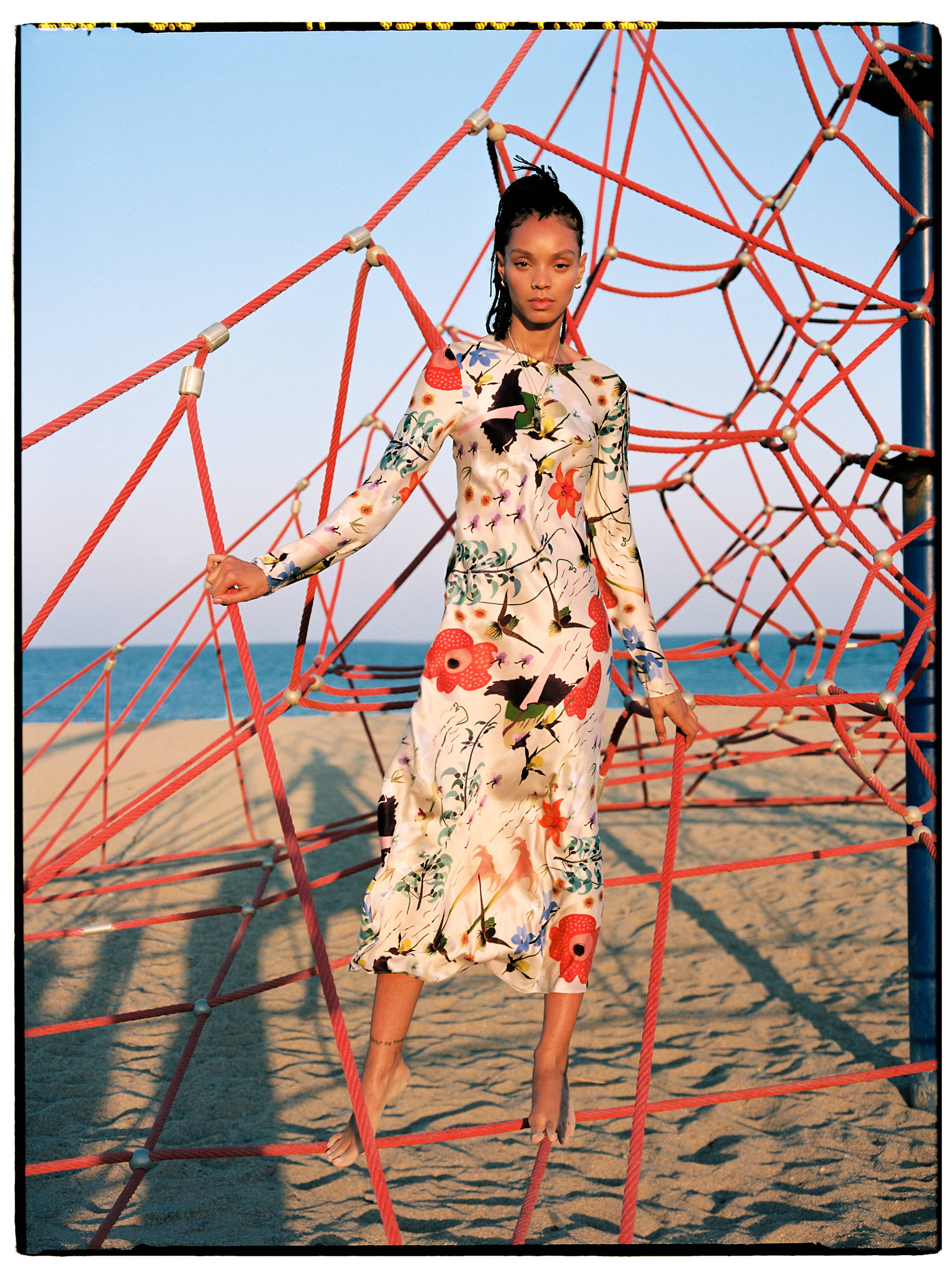 Paphiopedilum rothschildianum
One of the rarest flowers in the world, the endangered Rothschild's Slipper Orchid is found exclusively in the rainforests of Mount Kinabalu in northern Borneo. Taking on average 15 years to blossom and requiring a height between 1,640 and 3,930 feet above sea level, Rothschild's Slipper Orchid price tag sits at around $7,000AUD per stem.

Dendrophylax lindenii
Found in Florida and Cuba, there is a haunting mystique surrounding this floral enigma. Grown on a thin stem, the flower earned its name due to its floating appearance. The Ghost Orchid is at threat due to a loss of pollinators, pesticides, the effects of climate change and lack of knowledge around its ideal conditions.

Gloriosa superba
A wildflower native to Asia and African tropics, the Fire Lily’s genus name Gloriosa is derived from the Latin term ‘gloriosus’, referring to the flower’s bold appearance. It has become a vulnerable species in certain regions due to its altering pollination cycle, attributed to the dramatic change in temperature and natural calamities.

Rafflesia arnoldii
The largest individual flower structure on earth, the Corpse Lily takes seven to nine years to bloom. Its petals emit a putrid odour of ‘decaying flesh’ to attract pollinators and prey, earning it the nickname ‘corpse lily’. The Rafflesia faces extinction due to habitat loss and poaching - its bud being oversold for medicinal purposes.

Rhizanthella gardneri
Found in the scrubland of Western Australia, this unique orchid spends its entire lifespan below ground. This flower is so rare that scientists believe there are fewer than 50 mature Rhizanthella in the world. The contributing threats to this endangered species include degraded habitat, drought and rising soil salinity.

Viola cryana
The Cry Violet or Pansy was a small, delicate flower that grew in outcrops atop limestone, located in the Cry region of Tonnerre in north-central France. It sadly became extinct in the 1950s due to a combination of factors including habitat destruction, in the form of excessive limestone quarrying, and collection exploitation - the flower being harvested quicker than it could grow.